Madrid, 29 October 2018 – The current lack of a homogeneous model for financing road infrastructure in Spain hinders mobility, which is key to the well-being of citizens, as it encourages congestion and loss of time in traffic jams, health problems related to pollution in cities and road accidents. In addition, it increases social inequality between regions, with Europe, and between modes of transport, according to the report by A.T. Kearney “Toward a Social and Sustainable Model of Road Infrastructures in Spain.”

Citizens are the hardest hit by the deterioration in mobility. In this regard, the study details that traffic deaths have increased to almost 1,300 in 2017 and that the costs of traffic accidents in Spain represent each year more than €10 billion, equivalent to 1% of GDP, according to data from the Directorate General of Traffic. Similarly, several Spanish regions exceed the average annual pollution limits recommended by the World Health Organization and, according to figures from the European Commission, the total cost of traffic jams in Spain amounts to €5.5 billion each year.

Reversing this situation would require allocating more resources to road infrastructure, in which investment is currently 34% lower than in 1986. However, investment needs in public transport infrastructure, urban accessibility, and interurban mobility are more than €64 billion and the investment deficit in the conventional road network, according to the Spanish Road Association, exceeds €7.2 billion.

Nonetheless, the budget deficit and public debt, together with growing social spending, make it difficult for transport infrastructures to be properly served exclusively with public funds. To address this situation, the study explains, European economies have developed financing and maintenance models focused on user revenues and private investment.

In this regard, more than twenty European countries charge fees on 100% of their high-capacity road networks, accounting for more than 62,000 kilometers, while Spain currently collects tolls on only 18%. The financing of roads by users provides these countries with significant additional revenues that are used for road maintenance and new investments, generating, in addition, a significant tax return through VAT.

To meet these challenges, the report concludes that Spain must make a firm commitment to a road infrastructure model that will increase the fluidity of roads through intelligent traffic management, improve safety through greater investment in maintenance and improvement, and reduce pollution through appropriate demand management and the implementation of more ecological solutions. The realization of this model requires private investment and the participation of users in its financing, following the practice adopted throughout Europe.

In this regard, the implementation of smart pricing models on the access highways to Madrid and Barcelona would reduce congestion by between 30% and 50% at peak times, avoid 150 hours of traffic jams per driver per year, and reduce CO2 emissions by up to 15%. Similarly, implementing a pricing model on Spain’s high-capacity road network would provide an estimated economic contribution to the State of between €60 billion and €110 billion over 25 years, which would enable the investment and maintenance needs of the road infrastructure network to be met.

“Spain cannot be left behind. The principle of mobility for the citizen must be guaranteed with a fairer, more socially cohesive, and sustainable financing model for road infrastructures that is compatible with growing social spending and guarantees the necessary investments in our roads in a context of budgetary restrictions,” says Eugenio Prieto, President of Infrastructures at A.T. Kearney.

Founded in Chicago in 1926, A.T. Kearney was a pioneer in the world of consulting. More than 90 years of service to the top management of some of the world’s most important companies place A.T. Kearney as one of the world’s leading management consulting firms, applying its competencies in the areas of strategy, organization, and operations in various sectors of activity, including automotive, telecommunications, energy, financial institutions, transportation and distribution. Today, A.T. Kearney is present in more than 40 countries on five continents, with offices in 56 cities. A.T. Kearney opened its first office in the Iberian Peninsula 30 years ago and now has offices in Madrid and Lisbon. A.T. Kearney’s website on the Internet is: www.atkearney.com 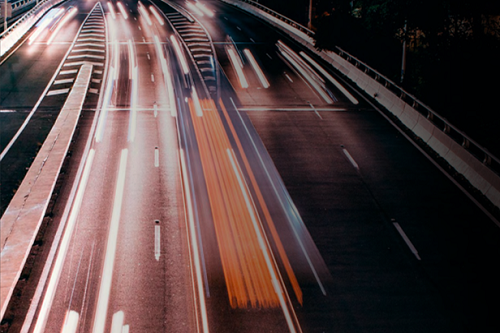 Report «Social benefits of the concession model in road management»

The study compares the PPP model against that of public […]

SPAIN INVESTS PER INHABITANT 45% LESS THAN EUROPE IN THE ENVIRONMENT 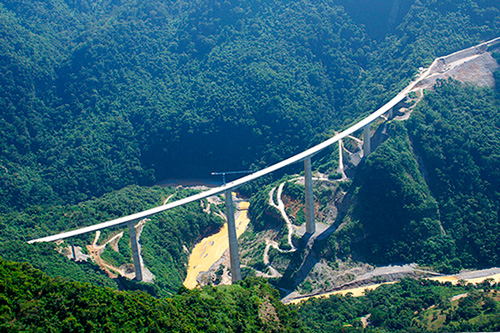 The monthly tender statistics for December 2020 are now available […]

We use our own and third-party cookies to improve our services and provide you with a more relevant experience by remembering your preferences and repeated visits. By clicking "Accept", you agree to the use of all cookies. [more info]
Cookie Settings(It will take about 4 minutes)
Accept
Cookie Settings

Analytical cookies are used to understand how visitors interact with the website. These cookies help provide information on metrics the number of visitors, bounce rate, traffic source, etc.